Astrology is a discipline that has always been present during the evolution of humans. A simple definition for astrology could be: a discipline that studies the influence of stars on human behavior and the historical events that happen on earth. For this well explained these are the best examples: astrology governs how we are, how we relate to others and how we develop in a certain environment. Therefore, astrology has a powerful influence on historical events that affect all of humanity. Today we can use astrology as a tool of self-knowledge and also to understand others.

Origin of the Astrology and Expanding Its Subject Areas

Astrology was born in Asia, as this discipline was much required in cultures such as Hindu and Chinese to forecast historical facts. They were a knowledge of astronomy, i.e. the study of the structure and laws of the stars, with astrology. Through an exhaustive observation they drew conclusions and foreseen what was going to happen in their respective societies. Then the knowledge of astrology moved to Egypt. There, this discipline was a privilege of the kings, who were advised by the best astrologers to make government decisions.

When astrology reached the West, it was mostly used for daily life, through horoscopes. People in the West don't just want to know what's going to happen to them, but they also want to know with what sign it's in their interest to be a partner, whether it's in their best interest to have a certain job, whether they want to save money, etc. This means that in the West astrology took on a worldly interest, since this discipline is highly consulted for the development of daily life. What few know is that many presidents of Western countries currently have a personal astrologer who assists them in making important decisions. Logically, rulers prefer to keep this matter under strict confidentiality.

Vedic Astrology (also called as Hindu Astrology) is the sidereal zodiac system and it is considered formulated in the Himalayas in north India, so ancient seers formulated from the power of meditations like opening 3rd eye. This originated beginning of human history. Those seers identify celestial deities who control over karmic energies of all living beings and then planets represent those energies. Modern astrologers consider physical radiations such as white light emitted on planets' influence on human life. Gemstone remedy came into modern astrology in this way. On one side it can be true as when have full moon days some people get allergies such as mental insane, runny nose, and phlegm. Planetary malfunctions and related remedies are common practices in south Asian countries.

From Vedic Astrology which is thought by ancient seers such as Parashara who wrote Brihat Parashara Hora Sashtra, we can determine planetary radiations and related planetary deities linked with our karmic energies. So calculating these energies may help to reduce negative incomes. Our life has many challenges, so understanding these events before they are occurring may help to reduce negative impacts. There have many rituals and spells that can cut off negative planetary energies, as well as can increase positive outcomes. They use amulets to reduce negative incomes while talismans attract positive incomes. Modern-day people try to use gemstones rather than amulets and talismans because it is difficult to energize with a lot of ritual steps. Gemstone is easy to use and can save more time.

Throughout history important personalities have emerged that have been astronomers and astrologers at the same time and whose knowledge has been unbelievably valuable. Such is the case of Greek astrologer, mathematician and astronomer Claudius Ptolemy (c 100-c 170 ), who was an empirical scientist who studied the astronomic parameters of the past to determine future events. Johannes Kepler (1571-1630) was a German mathematics, astronomer and astrologer. The most valuable knowledge I bring is the discovery of the laws that govern the planets as they move around the sun. Kepler was also the first to discover the moon's influence on the tides.

Calculating zodiac compatibility percentage is popular culture in western and south Asian countries. Some south Asian families consider it as the first rule when determining a suitable partner for their children. Mars and Venus play important role in astrology when we talk about marriage. Career astrology is another peak point that people consult astrologers to determine a suitable job and then progress periods in their career life. Financial astrology is well popular with modern business people and now there have research going on stock market predictions. In ancient times farmers used the night sky, planets, and stars to analyze floods, rainfall, and suitable seeds for growing and then determine seasons. Today there have own astrology sects in all countries and there have many astronomical calculation systems for calculating birth charts and determining the strengths of planets or other zodiac values.

Why investors are reaching for Finance in Astrology?

Cryptocurrencies and stock market shares are more complicated and competitive in the modern business world. So many businessmen find solutions in astrology and finance joining together. There have many astrological combinations for finance and money. The astrological house for finance is the 2ndhouse, 11th house, and 10th house. In the case of financial astrology, the businessman’s natal chart, transits chart in the city where the stock market is located, and horary charts are important. planets of finance astrology are Mars, Saturn, and Jupiter. Well combination of these houses and planets gives good results in the above charts. finance prediction astrology is done by well-experienced astrologers and their charges are high as same as stock market brokers. Those mentors have a degree in finance and sound experience in astrology too. This is like gambling with the ancient science of sages.

Another popular place where people find a solution in astrology is finding an acting career. For some people, it is difficult to find where they want to go? Even if they finish their degree at the master's level, they get a job that is not satisfied with their education. So wise astrologers find houses and planets in their client's horoscopes to determine an acting career. The most popular astrology house of career is the 10th house and 11th house. The planet related to career or job is Saturn. Thus astrologers find career placements in astrology, so the client can direct his life where the planets show him. Vedic astrology has vast popularity for finding your career or business directions. Sometimes people use astrology to find the best time to buy a car or choose the color of the car. 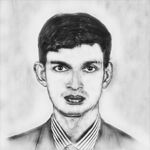 USA
Brian Miron belonged to an ancestral herbal medicine family in Sri Lanka. He learned ancient astrology from various teachers in Sri Lanka & India. He is working as freelancer web developer in USA.